All Systems Are GO!

Ever since the Mars ROVer thing last year, my peeps have been super-interested in outer space.  But, other than looking at some pictures and video of meteor showers and planets online, we really haven't done much in the way of exploring the final frontier.

I finally got around to doing a bunch of loosely-related space stuff with my wee scientists this week.  Most of the ideas came from other blogs, but I came up with a couple on my own.

The first thing we did was to read Berenstein Bears on the Moon.  Even though this isn't an informational text, it sparked discussion about gravity and how we get to space,
and we practiced counting backwards.

Next up was a space-themed busy-box. 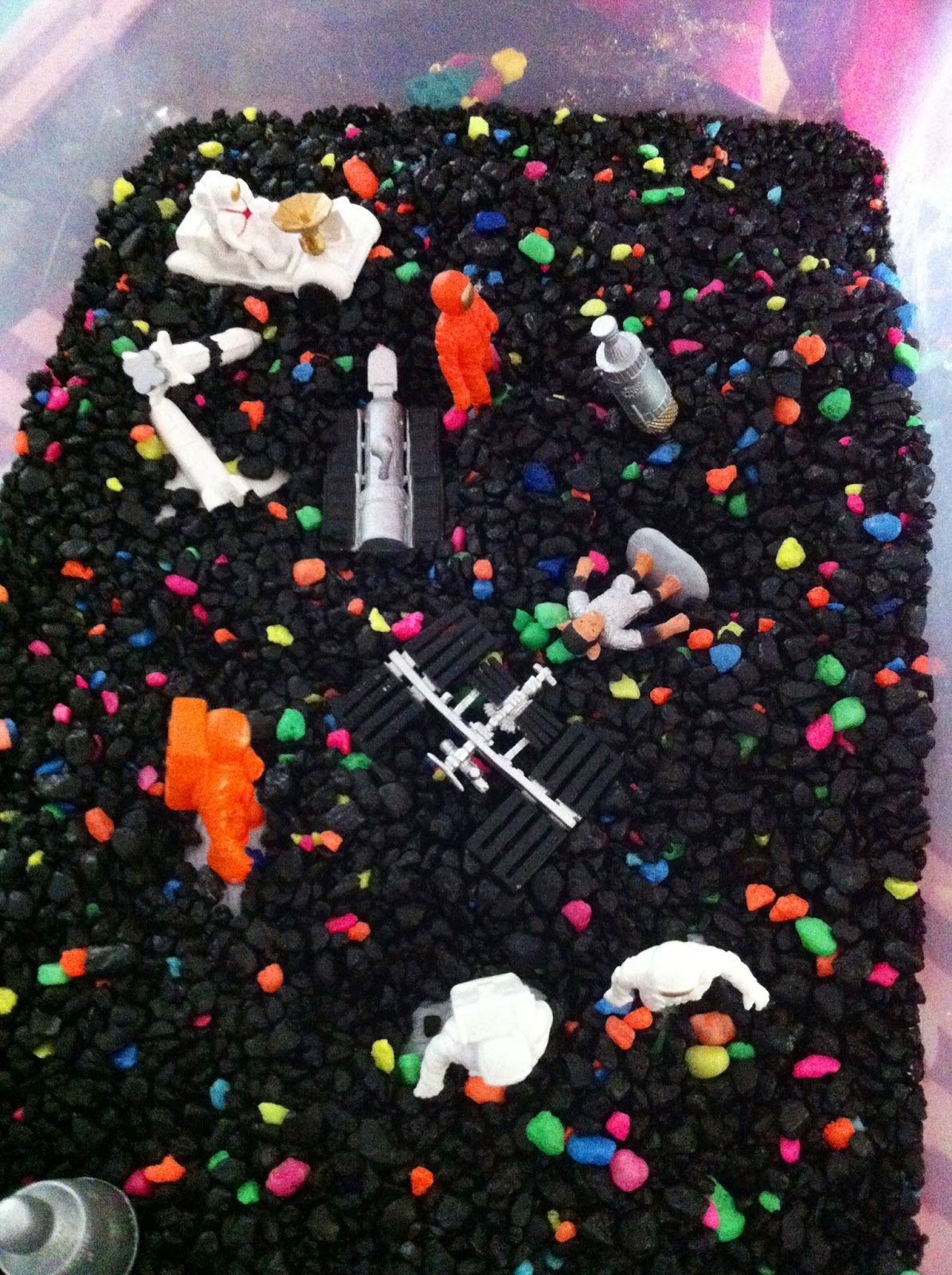 A pack of black and neon aquarium gravel and one of those astronaut-themed Toob sets were all that was needed to get my little guys talking and asking questions about satellites, moon-mobiles, rockets, and chimps in space. 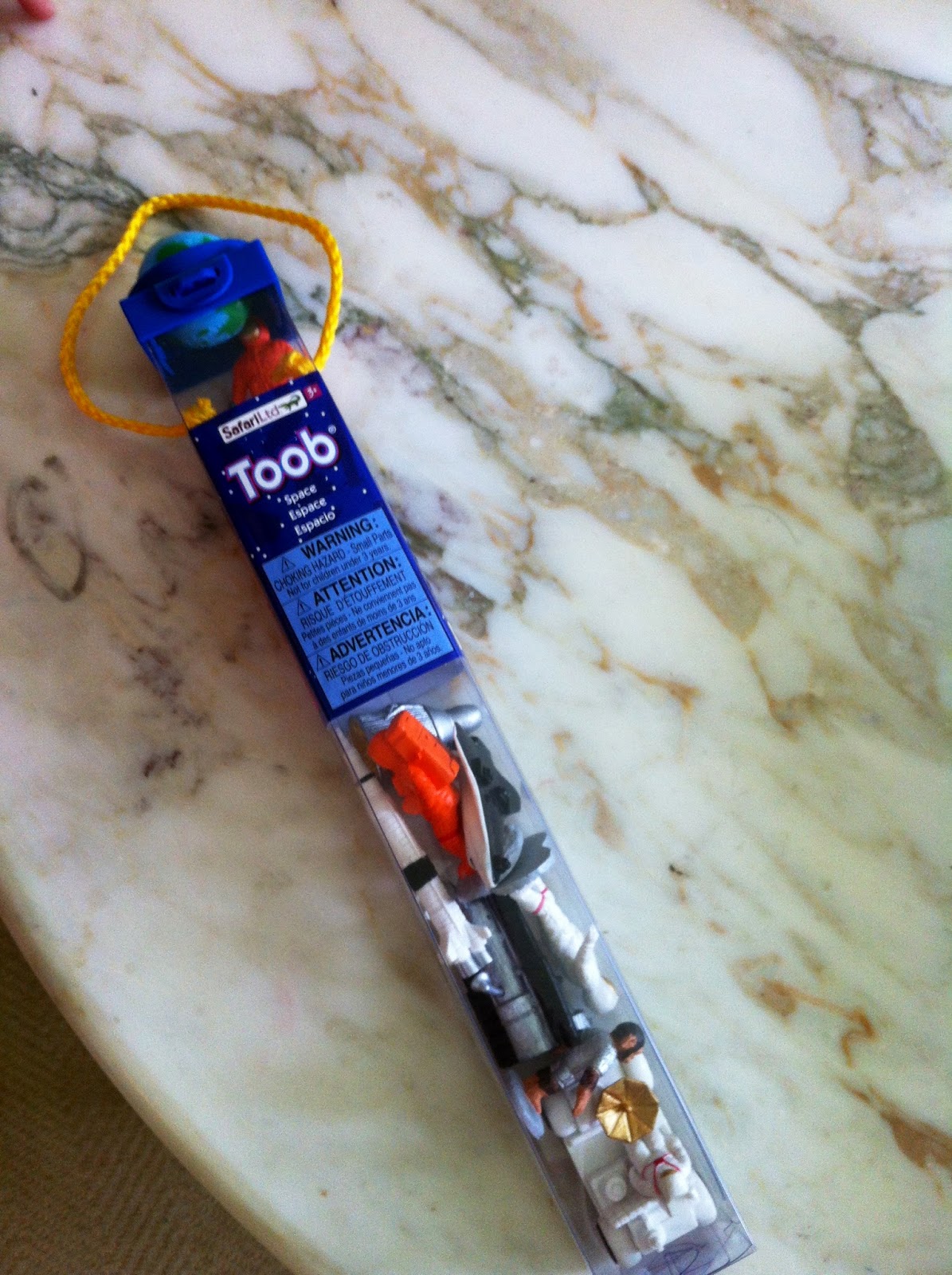 Yes, you read that right.  A chimp in a space suit is included in this play set.

In keeping with the kinesthetic theme of things,
I also made them some space play doh (recipe found here). 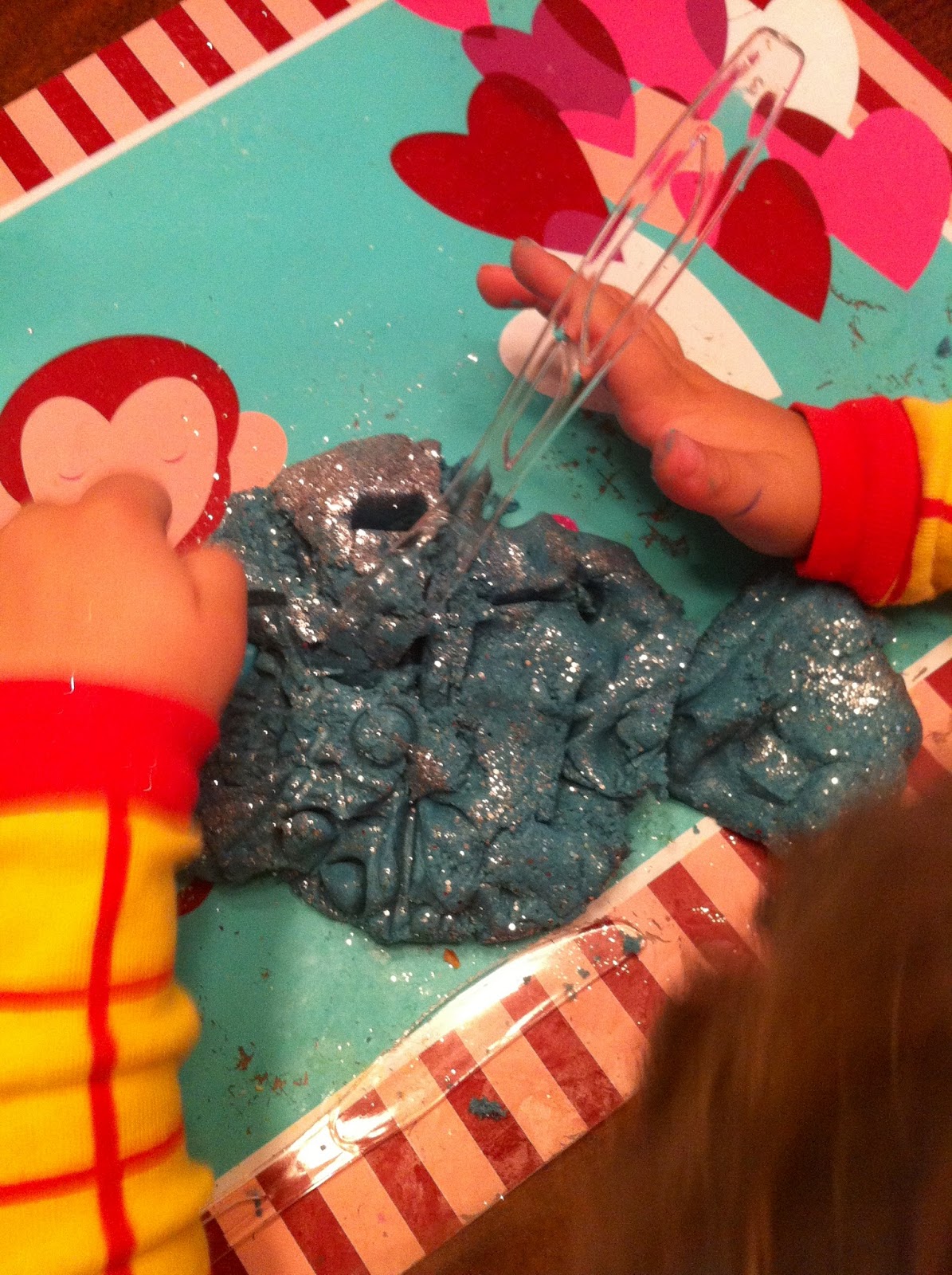 I really was going for a deep rich blue, but after emptying two bottles of blue food-coloring, I had to settle for more of a dark sky-blue.  Nobody really noticed or cared since I also dumped to containers of glitter in as well.  Sarah immediately pointed out that the glitter was like stars and started rolling her dough into "planets".

We also have constellation lacing cards (fine motor), constellation connect-the-dots (numeric sequencing), and planet matching that we've been working on.

Check out some other space-themed tangram activities we did.
I made my own tangrams by cutting out a pattern from several sheets of foam
I got at Joann's, and they worked fine, but, man, do I miss the diecut machines at school! 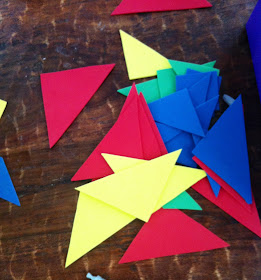 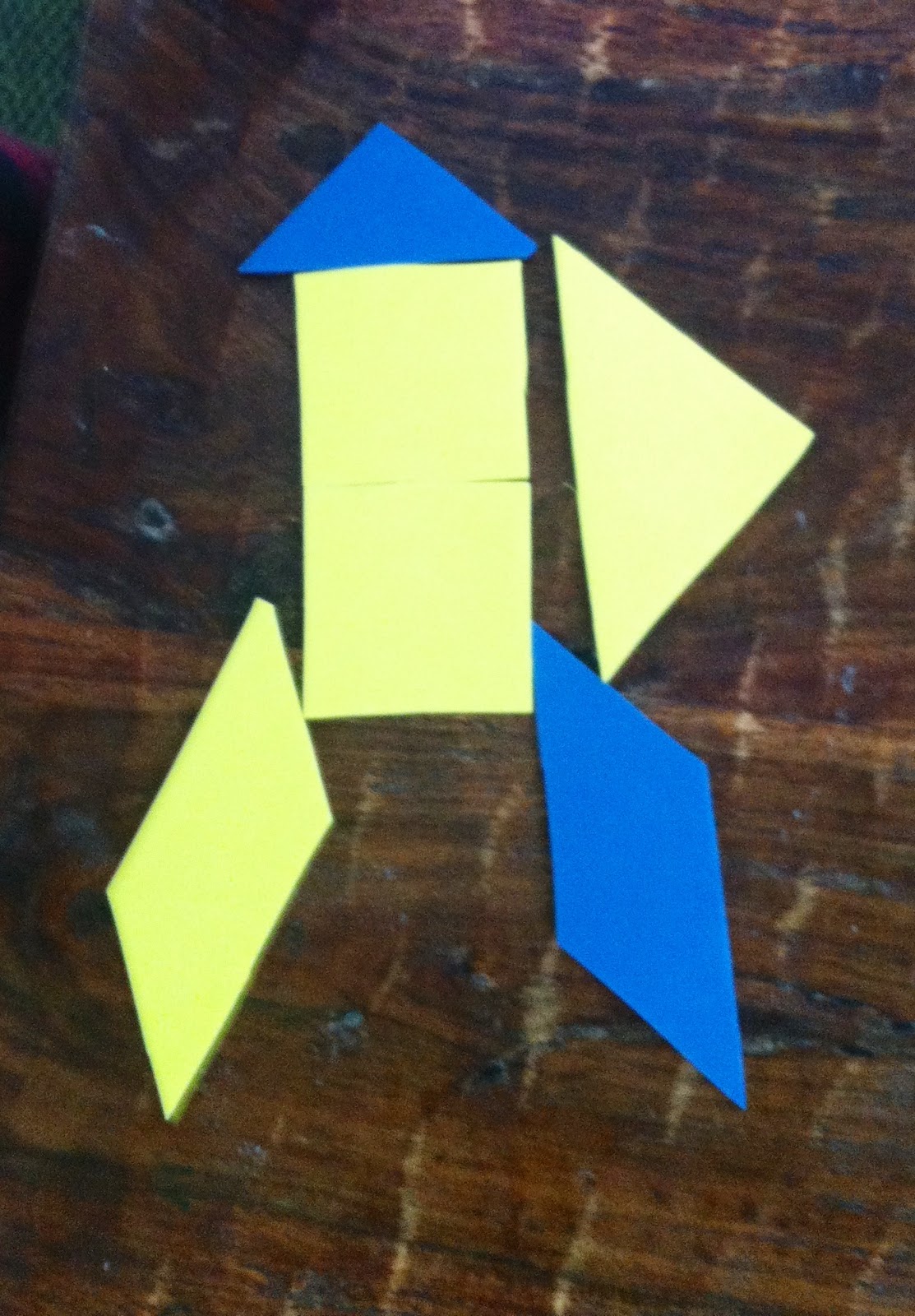 Here's more math-y goodness using star stickers and black construction paper.  This is not my original idea, but the point of it is for kids to recognize the number written on the paper and to stick that number of stars on the sheet.  Easy setup, big impact.


For some fine-motor work, we strung some star-shaped beads. 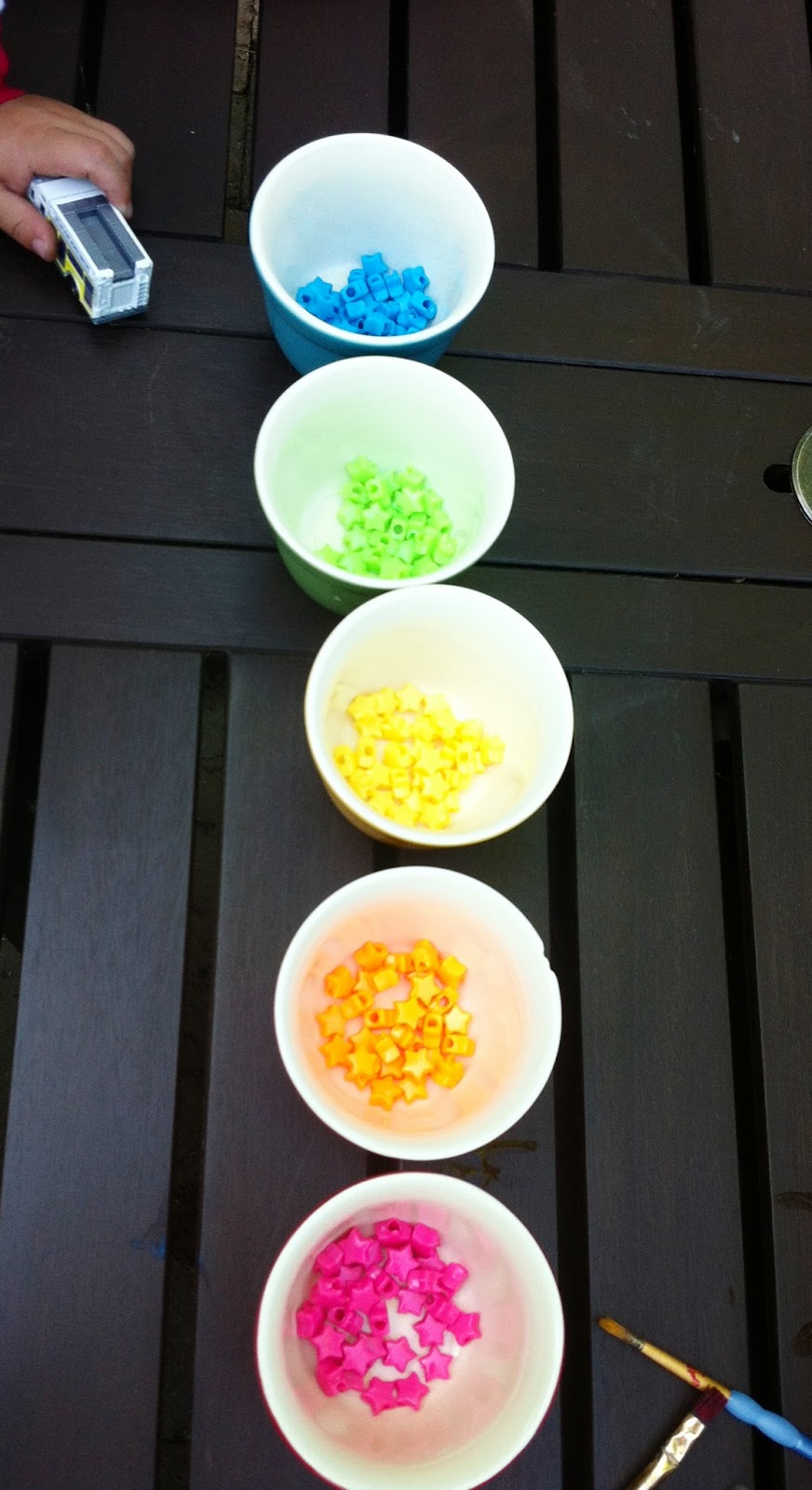 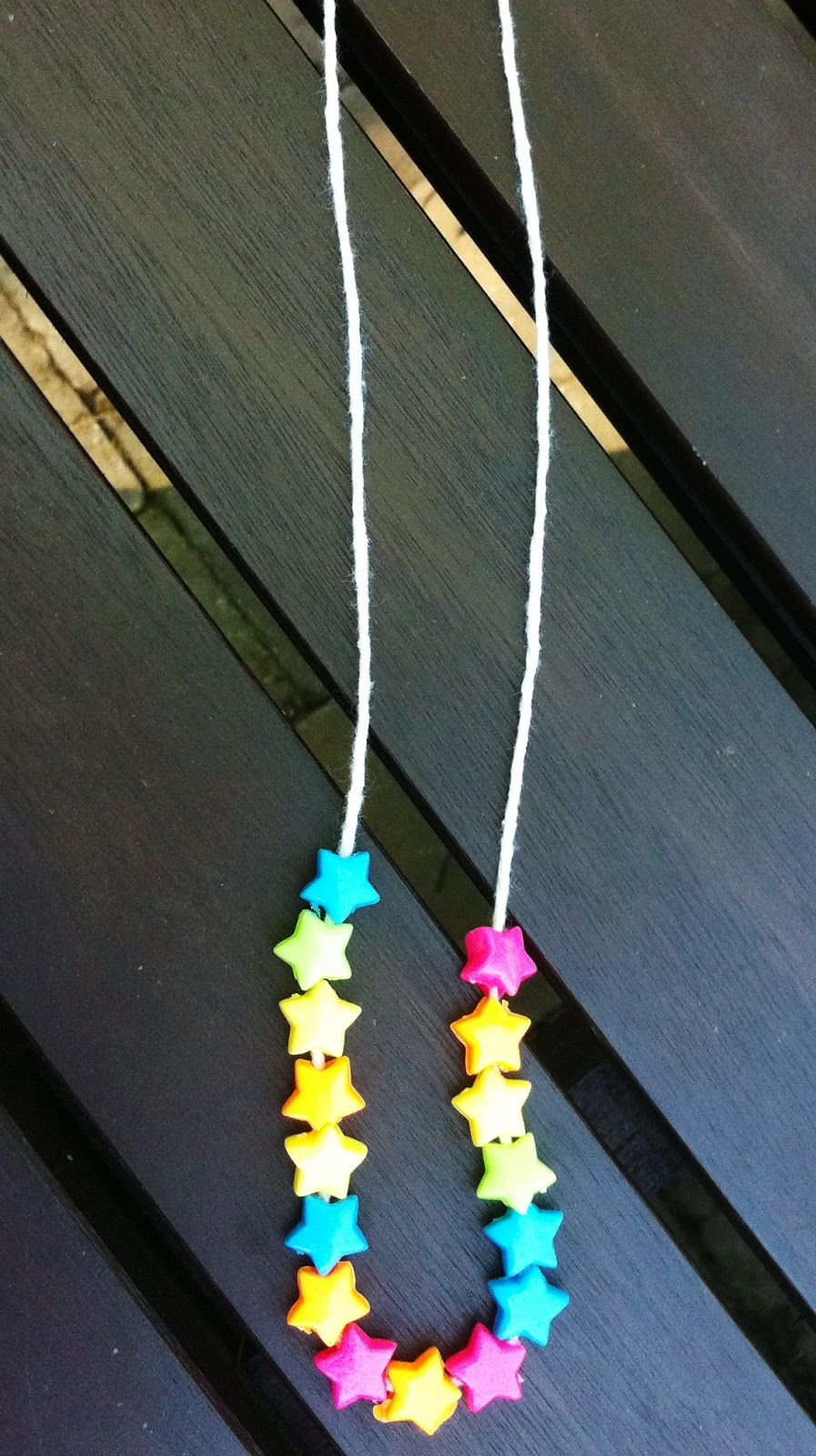 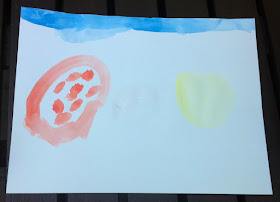 We still have several other activities on tap, like going to the planetarium, making our own meteor shower (in the sand box), creating a meteor with dry ice,
and stargazing during a backyard camp out.

They got so into the space-stuff that they put on pool floats and pretended to "orbit". 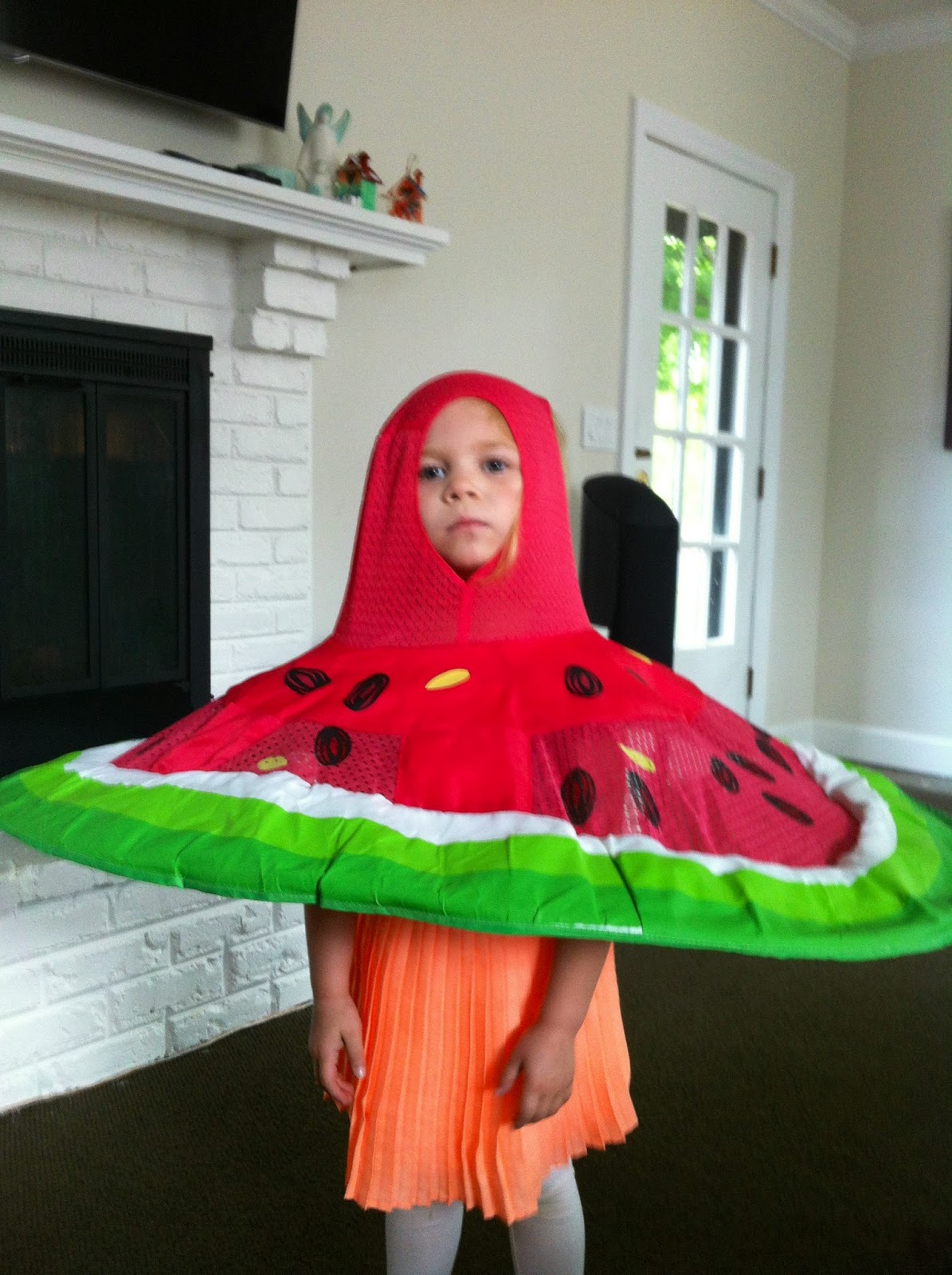 Her expression really reads "After picture of an alien abduction",
but I promise, they really did have fun.